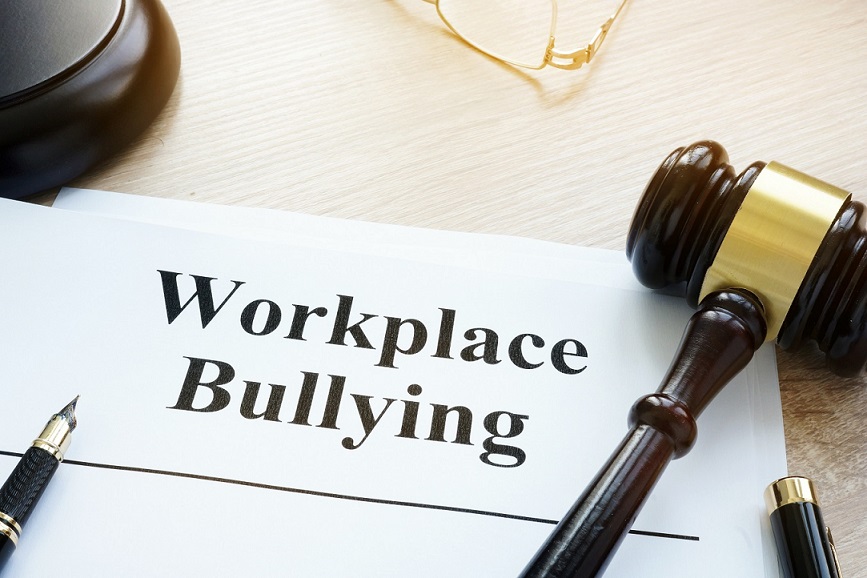 Bullying and harassment continues to be a topic which employers can always learn from as part of a continuous aim to protect employees from harm and to promote dignity at work.  It was recently announced that Buckingham palace has a high-profile employment issue with the leak of allegations that the Duchess of Sussex may have bullied three staff members and that the palace may have failed to adequately investigate the matters at the time. Allegations of bullying and harassment are serious allegations which must always be addressed fully and promptly.

We will look at how employers can deal with complaints of this nature in a sensitive and safe way.

Bullying and harassment can be defined in the following ways.

Bullying can be defined as persistent behaviour against an individual that is intimidating, degrading, offensive or malicious and undermines the confidence and self-esteem of the recipient.

It can include unwanted physical contact or assault, but also verbal bullying such as insulting or threatening comments, or indeed any comments or actions intended to undermine, belittle, embarrass or humiliate. There is also virtual bullying, which includes distribution of unwanted emails, texts or images published on social media or abusing technology to contact a colleague in an intimidating or malicious manner.

Harassment is a form of discrimination under the Equality Act. It has a legal definition in equality law of, “unwanted conduct related to a relevant protected characteristic, and the conduct has the purpose or effect of violating…dignity, or creating an intimidating, hostile, degrading, humiliating or offensive environment…”. In addition to this type of harassment, the Equality Act 2010 also prohibits sexual harassment which is conduct of a sexual nature which has the same purpose or effect as above. Lastly, it also prohibits less favourable treatment because somebody submitted themselves to or rejected, harassment related to sex or gender reassignment.

However, harassment (and bullying) will not have taken place if the effect of the conduct on the alleged victim is wholly unreasonable, particularly in the circumstances of the case.  Each situation will have its own set of circumstances, and so what is ‘unreasonable’ is difficult to define, it will be for an employment tribunal to weigh up the facts of the case in determining whether the effect on the victim was reasonable in the given situation.

Somebody who complains of bullying or harassment need not necessarily be the person towards which the behaviour is directed.  An employee may overhear for example comments made to a colleague for which they are offended by.  They are entitled to raise a complaint about it.

Furthermore, in addition to the victim, someone who witnesses harassment toward another person is also entitled to bring a legal claim in tribunal, if it had a negative impact on their dignity at work – even if they do not share the characteristic for which their colleague (the victim) was harassed.

Liability for bullying and harassment

Employers are responsible for any acts of bullying or harassment committed by their employees in the course of their employment.  Employees may also be personally held accountable.

Poorly handled allegations of bullying and harassment can risk several claims depending on the nature of the matter, including health and safety and discrimination claims. If either the alleged victim or the accused believes the poor handling of such allegations has led to a breakdown of trust in their employment relationship with the company, that individual may feel forced to resign and this can lead to a constructive dismissal claim.

In the Equality Act 2010, harassment occur in relation to relevant protected characteristics. An employee can therefore raise claims of harassment at tribunal, if they believe it is connected to:

Not all forms of protected characteristics are explicitly protected from harassment. For instance, marriage and civil partnership, and pregnancy and maternity are not. This does not mean these groups of employees cannot raise a tribunal claim, because they may have redress under other forms of discrimination, related characteristics (e.g. sex) or other employment related claims.

For claims relating to conduct of a sexual nature, the employee does not need to show a connection or relationship to a protected characteristic.

At an employment tribunal, the judge will be concerned with three things when deciding if harassment has occurred. The effect on the employee by considering the victims perception, the other circumstances of the case and lastly whether it is reasonable for the conduct to have had that effect.

Tribunals can take a dim view where a company has failed to follow its own policy, and where the ACAS Code of Practice on Disciplinary and Grievance has not been followed it may make an adjustment to the award by up to 25%.

It is worthwhile to remember that harassment has another definition under criminal law, and so in some cases it is possible criminal offences and charges to be made under the Protection from Harassment Act 1997.

The best way for employers to discharge their responsibility from the misconduct of their employees is to put appropriate measures in place to prevent bullying and harassment from occurring in the first place (such as training, policies, developing a supportive culture, etc), to encourage reporting and to have clear procedures on how allegations will be addressed, and lastly to ensure that allegations are investigated and dealt with fully and without delay and with any appropriate action taken – including actioning any areas of learning to protect employees more fully in the future.

When bullying and harassment occurs in the workplace, it can impact on the individual mentally, physically and on their performance at work.  From a mental perspective, it can cause psychological ill health such as anxiety, stress, and even panic attacks.  It can lead to physical symptoms such as high blood pressure and difficulty sleeping. From a work performance perspective, it can affect an employee’s ability to do their job, including difficulty in concentration, poor decision making, errors in their work, absences or lateness/leaving work early.

Get further information and guidance by reading the full article, at https://www.hrsolutions-uk.com/bullying-and-harassment, where we also cover the following: